James And The Giant Peach Scones

As a kid, I fell in love with the magical story of James and the Giant Peach  written by Roald Dahl and illustrated by  Lane Smith. 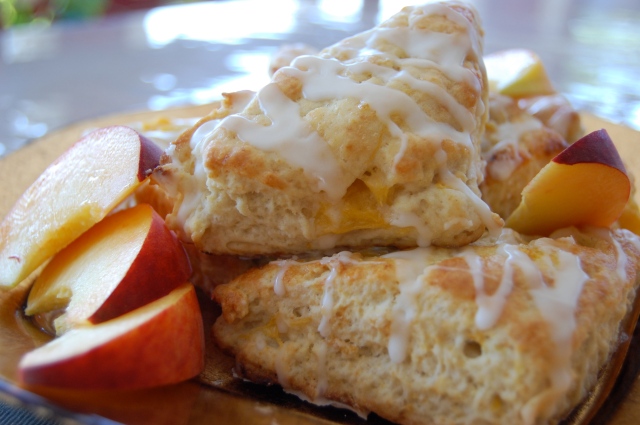 For those of you who are unfamiliar, James and the Giant Peach is the story of 4-year-old James Henry Trotter who goes from living a happy life with his parents in a cottage by the sea in the south of England, to living with his dreadful Aunt Spiker and Aunt Sponge on the top of a dark secluded hill. Why, you ask? Because his parents were devoured by big, hungry rhinoceroses on a shopping trip one afternoon. Rhinos-who would have thunk it? 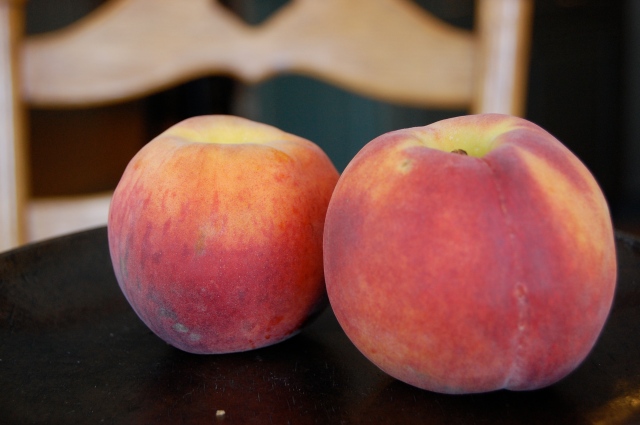 For years, James endured the wrath of his horrible aunts until one day, James bumped into a strange little man while wailing in the bushes. The man gave James instructions for a magical potion and promised that  his life would change for the better when he drank it. But James dropped the potion next to a tree, which for years never bore any fruit. James thought he would never find luck again. However, the once bare tree began to grow a peach. The peach grew and grew and grew until it was the size of a house. His aunts made this magic peach into a spectacle, while James discovered that there was more to the peach than just its size. Inside, he met some charismatic insects who he quickly befriended. One day, the peach rolled its way down the hill, through the center of town, and into the sea.

As James and his new friends faced harrowing adventures, including aggressive seagulls and the infamous Cloud-Men, they also learned about friendships and new beginnings as their giant peach made its way to Central Park in New York City. 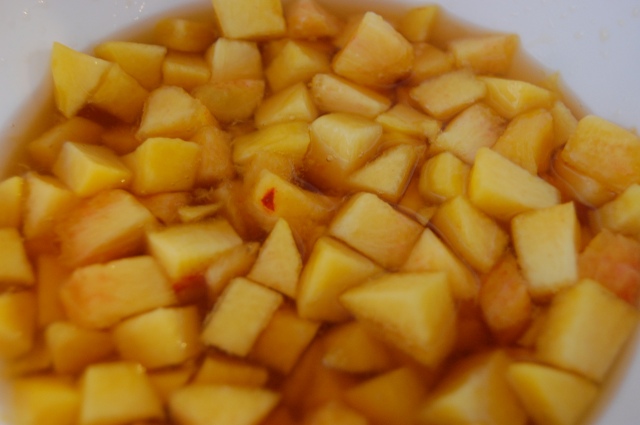 I took a children’ s literature class my junior year in college where we re-read this Roald Dahl classic. It brought out the wondrous child in my then, 20-year-old self. With stories like James and the Giant Peach, the magic never leaves no matter what age you are. And now at 22, I still don’t bother to question how a peach managed to find its way from England to New York City without the slightest bruising. It just did. 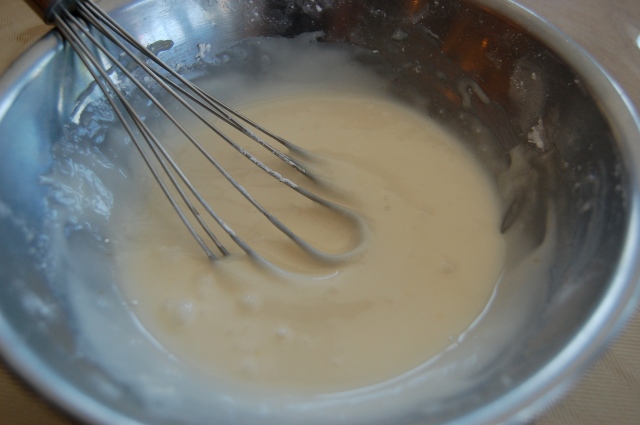 I reincarnated the story of James and the Giant Peach into your new Sunday morning staple: peach amaretto scones. They’re sweet with just a hint of juiciness from the burst of peaches, which were marinated in amaretto. I’d ask if it could get any better, but it does with an amaretto drizzle. I think Roald Dahl and Lane Smith would definitely approve. I know the Yecco household does. 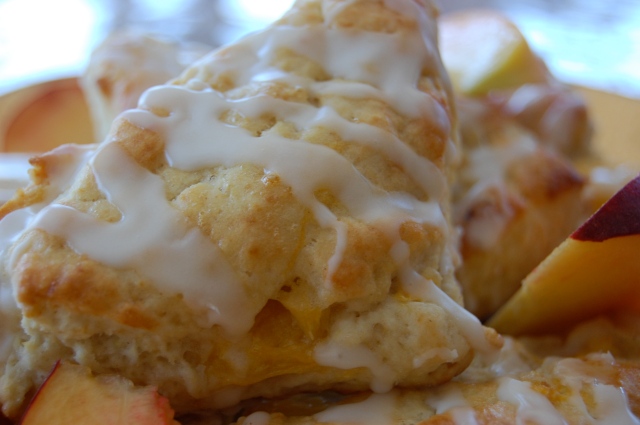 1 1/2 Sticks of butter, at room temperature

2 Tablespoons of amaretto left over from soaking the peaches 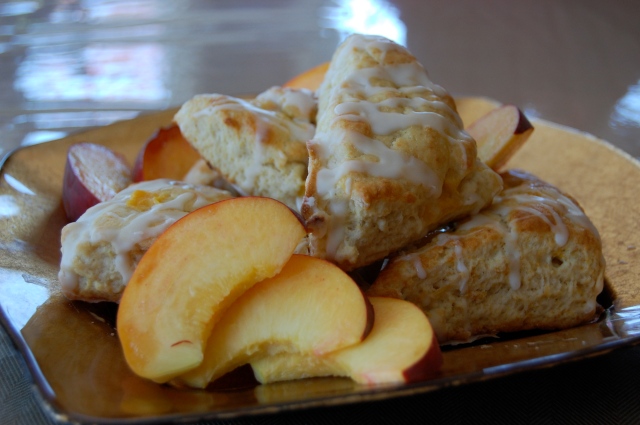 “Something else, he told himself, something stranger than ever this time, is about to happen to me again soon. He was sure of it. He could feel it coming.” ~ James and the Giant Peach, page 23

1 Response to James And The Giant Peach Scones