Before I begin, I just want to say that these brownies, Amy Winehouse, and Fyodor Dostoevsky’s novel Crime and Punishment have one distinct similarity. They are all tortured souls, full of guilt. Yes, the brownie is a tortured soul- just go with it. 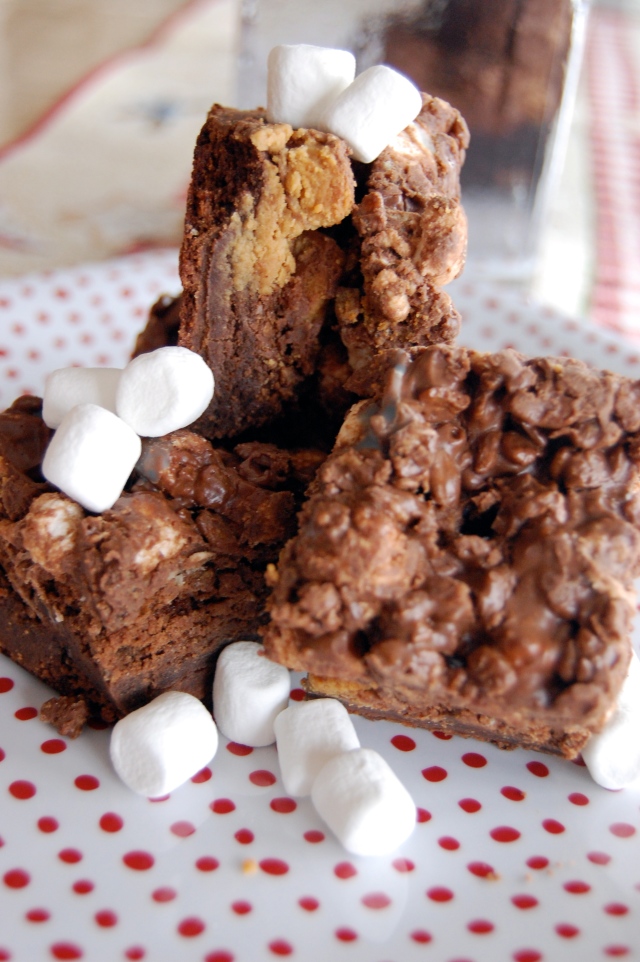 A few years ago, I came up with a concept for a brownie that literally tightened your belt with how deliciously guilty it made you feel afterwards. It is a soft brownie with hidden Reeses cups and a crunchy, ooey gooey top. It was addicting. So addicting that even if there were literally no more room to fit in another brownie, you’d eat it anyway.

So logically, I dubbed this brownie, The Amy Winehouse Brownie. Why? Because it was more addicting than any drug my Winehouse was ingesting at the time. After her death, I felt like it became slightly inappropriate, but calling these brownies by any other name just didn’t fit. Winehouse was as distinct of a talent as these brownies are as a snack.

How does this tie into Crime and Punishment? Crime and Punishment is the tale of a tortured man named Rodion Romanovch Rasolnikov. Rasolnikov is a mentally sick man who is struggling to support himself in St. Petersburg and dreams of an unthinkable crime. These characteristics are accompanied by his intelligence, self-pride, and good looks. 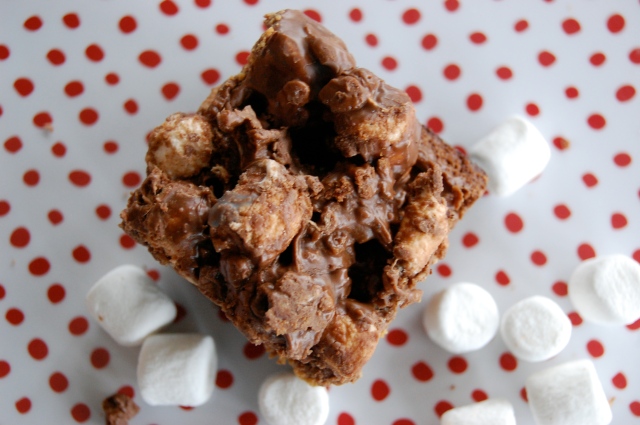 While dinking at a tavern, he overhears students discussing about how St. Petersburg would be a better place if the town’s pawnbroker Alyona Ivanovna were dead. Rasolnikov sees this as an opportunity to get some money and seeing as he dreamt of committing a similar crime recently, it took the opportunity. When Alyona was alone in her apartment, he brutally kills her along with her sister Lizaveta, who walks in on Rasolnikov as he raids the apartment post-murder.

Rasolnikov’s health continues to deteriorate due to guilt. He becomes paranoid that his secret will be uncovered as the murder shakes the town. His uneasiness is only heightened when the police come looking for him and when a man on the street calls him a murderer.

Rasolnikov does trust two women, Danya, who is engaged to a man named Luzhin and a woman named Sonya. He begins to have feelings for Danya, but fears his secret will push her away. At the same time, Sonya develops feelings for Rasolnikov. Danya breaks her engagement with Luzhin.

At the end, Rasolnikov first tells Danya of his crime. She tells him she will always love him. Rasolnikov then goes to see Sonya, who gives him a cross right before he turns himself in. In a plea bargain, Rasolnikov receives eight years of hard labor in Serbia. Things between he and Danya disintegrate. During this time, however, he learns of his true feelings for Sonya, who moves to Siberia, right outside the prison, to be closer to him. 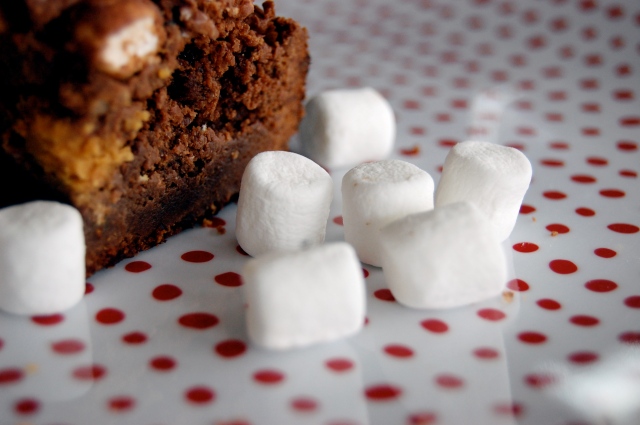 So these brownies were inspired by guilt. Rasolnikov clearly suffered from enough guilt to literally cause health problems and my initial inspiration for the brownies, Amy Winehouse, her songs are full of past guilt from broken relationships, drug addiction, and the struggles of fame.

These brownies just happen to be the silver lining of this incredibly depressing blog post. These brownies have more calories per square inch than you would ever want to know. They’re so good, so addicting, that when you eat more than 1, you’ll feel the guilt. It’s all right though. They have gyms- to help burn calories from eating a whole tray of these brownies.

“It is not serious at all. It’s simply a fantasy to amuse myself; a plaything! Yes, maybe it is a plaything.” ~ Crime and Punishment