Give It A Chai! Vanilla Chai Cheesecake

The “Drink Me” and “Eat Me” scene in Alice’s Adventures in Wonderland is one of the most memorable as it is the start to her strange and unforgettable journey. At this point in the novel, Alice had fallen into the rabbit hole, which was lined with cupboards and all sorts of oddities. With a mysterious key in hand, she uncovered a door, which was much too small for her to fit into. Just then, she spotted a bottle marked “DRINK ME,” and Alice did just that. 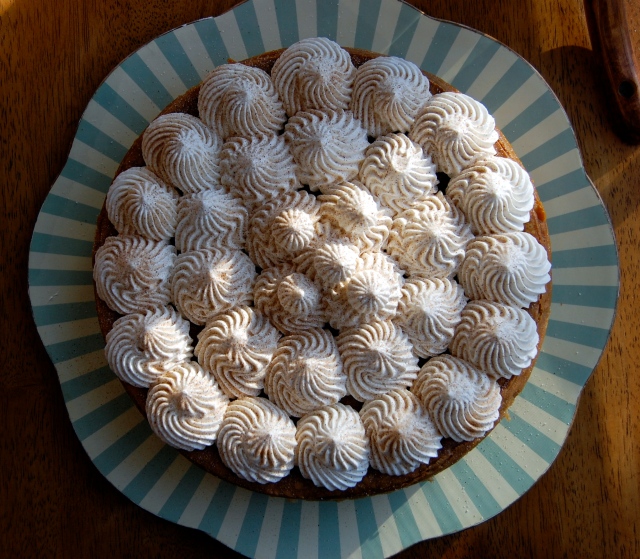 As she took her last sip, she quickly shrunk. Even though she can now fit through the door’s tiny frame, she realized that she had left the key high above her on a table. After a small fit, she spotted a cake marked “EAT ME” slyly positioned at the table’s base. Alice assumed the cake would turn her back to her true size, but was left disappointed when the cake seemingly did nothing. 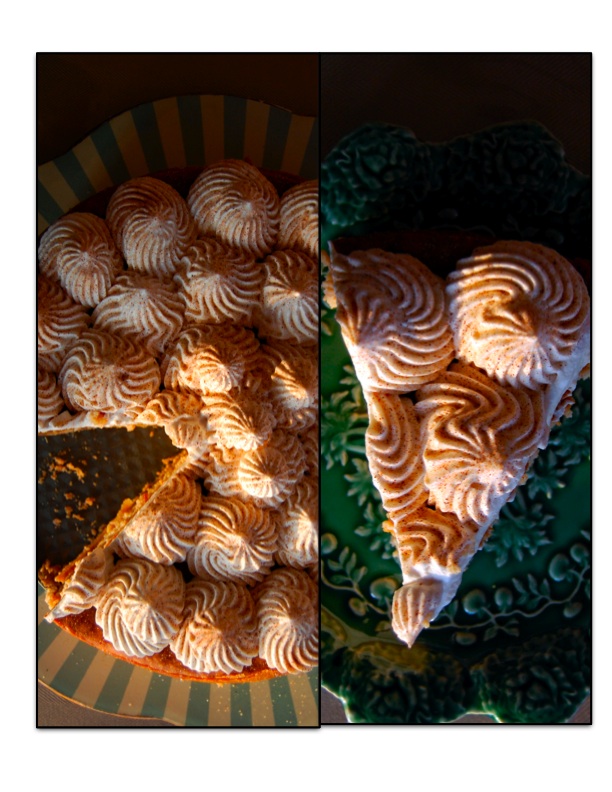 Pool of Tears continues with Alice’s struggle with her size as she suddenly grew nine feet tall. Though she can reach the keys on the tabletop, which is now the size of a doll house compared to her giant physique, she can barely see through the door, let alone squeeze through it. 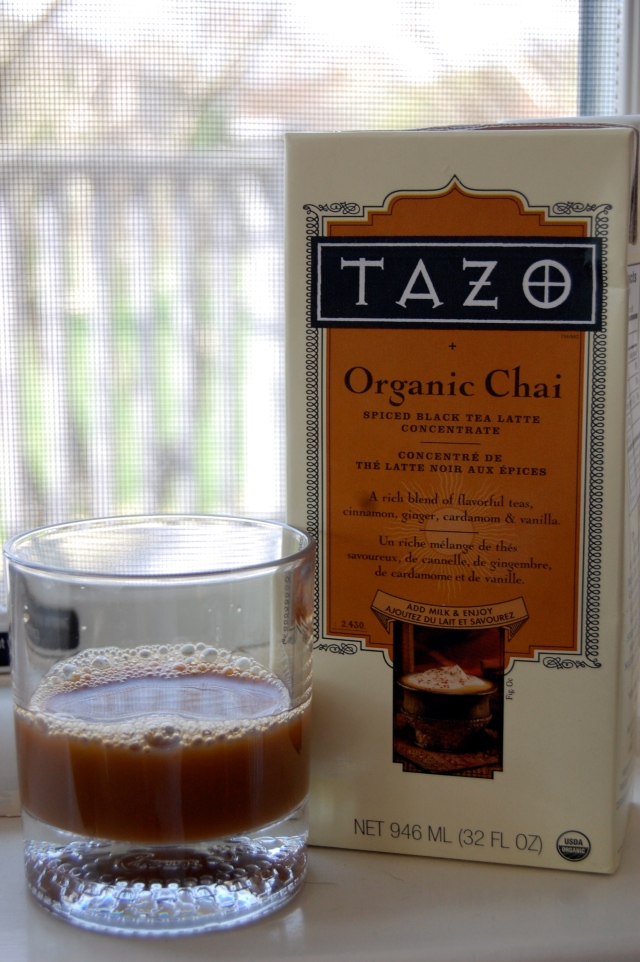 Alice began to cry so hard that a large pool of water formed around her. As she got more confused and frustrated, and began to cry even harder causing more water quickly built up around her. This is until she realized that a fanning motion caused her to shrink. She fanned herself until she shrunk so small that she was swimming in a pool of her own tears. Frightened she asked a mouse for help. When the mouse didn’t understand, she spoke to him in French by reciting a line from her lessons about a cat. This scared the mouse. As Alice’s attempts to befriend the mouse continued to fail, she bargained with the mouse and said she will never speak of cats or dogs if he helps her. The mouse then tells Alice to swim along the shore. 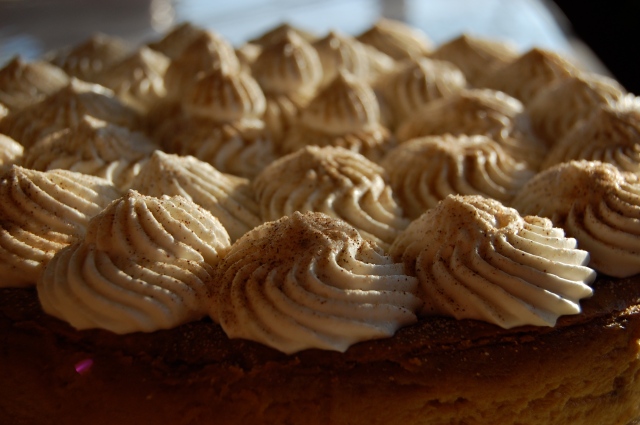 Alice found herself swimming to shore with other animals, including a Dodo, a Duck, a Lori, and an Eaglet. Eventually they reach safety and focus on drying off.

This over the top fantasy scene is symbolic for the identity crisis we all face between that child to adult period. Or in my case, the college vs. post college period. The bottle and cake are symbolic of the big decisions that come with age and with life changing events. In Alice’s case, she had no choice but to give the bottle and the cake a try…. Or in the case of this recipe chai… give it a chai. 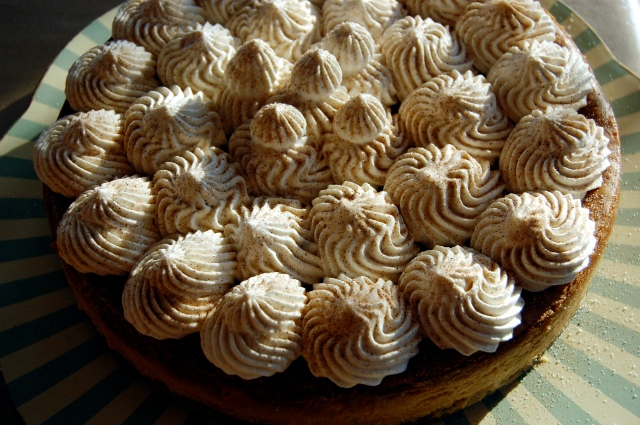 With a play on words I captured the “EAT ME” cake and identity crisis in the form of Vanilla Chai Cheesecake. If you’ve been following this blog for some time now, you will have realized that I will try to turn everything into a cheesecake. 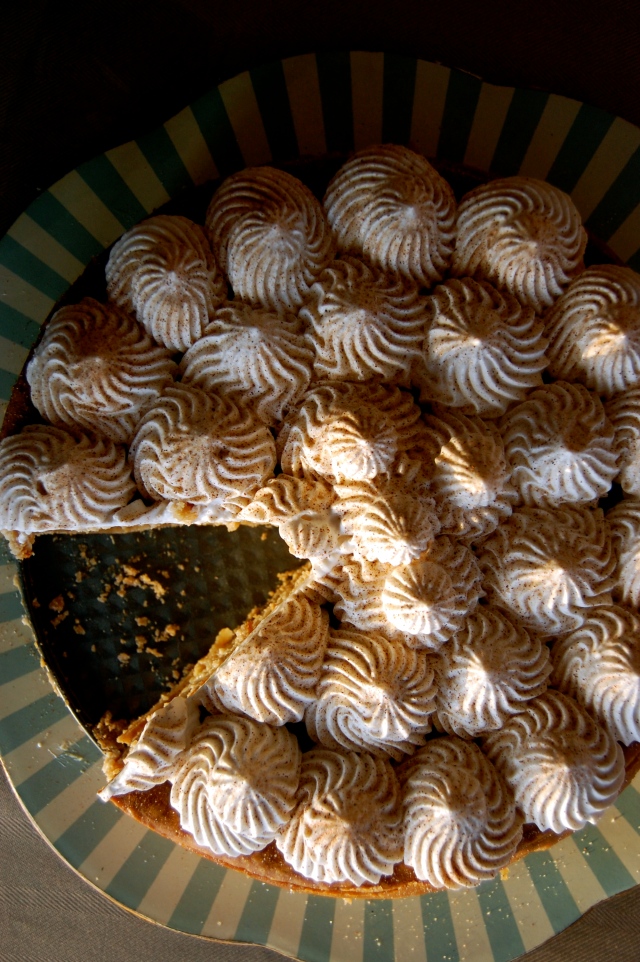 Chai is a sweet, spicy, nutty ingredient that can be used in many other ways beyond a cup of tea or Starbucks Chai Latte. Tazo’s chai concentrate can be infused into a lot of recipes by replacing milk with the chai concentrate. Think of the possibilities! Chai cupcakes, chai scones, chai cookies, Chai Chicken… okay, maybe that last one is a work in progress.

So go ahead, give it a chai. 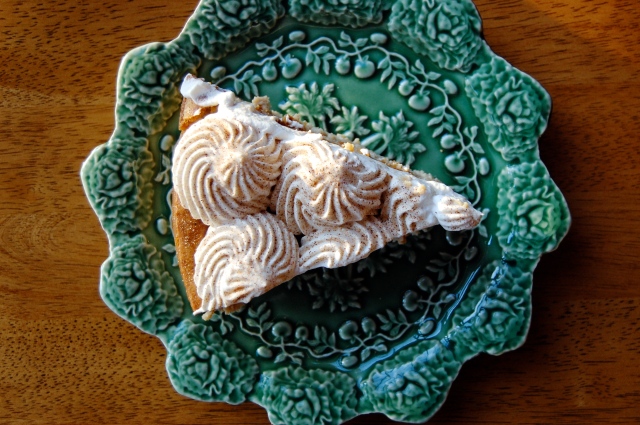 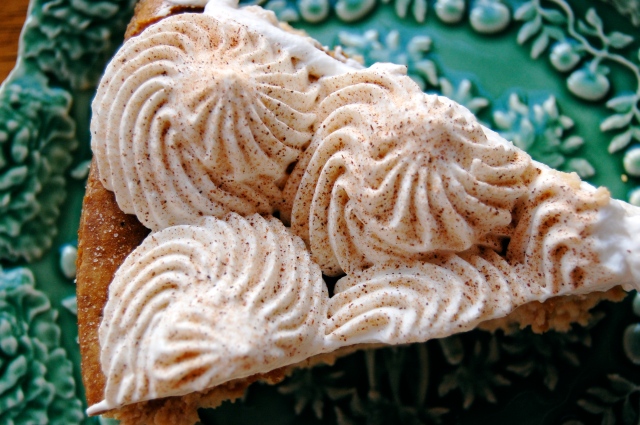 Just for fun… This Vanilla Chai Cheesecake is Daisy Approved 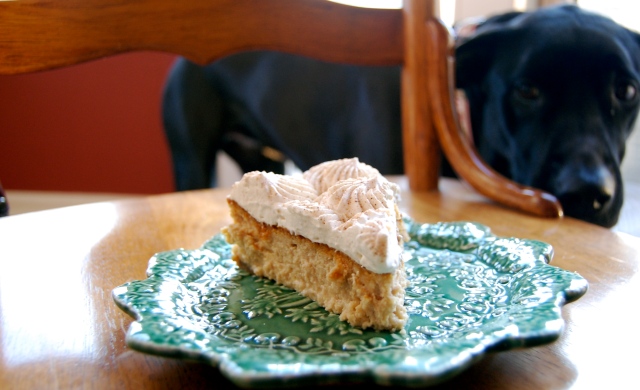 2 Responses to Give It A Chai! Vanilla Chai Cheesecake