Hope You Didn’t Miss Me Too Much…

I’ve been a lot of things in the last two week. I’ve been elbows deep in a thirty pound bag of sugar, hard of hearing due to airborne frosting that found its way into my ear drums, and totally thrilled that The Baker in the Rye has gotten such great feedback and more baking opportunities!

As some of you know, I afford this lush life at my parent house by working at Starbucks and I do enjoy working there during this “in between” chapter of my life. The energy is always pumping, the customers are entertaining, and my coworkers are the most eclectic and hilarious group  I’ve yet to meet. 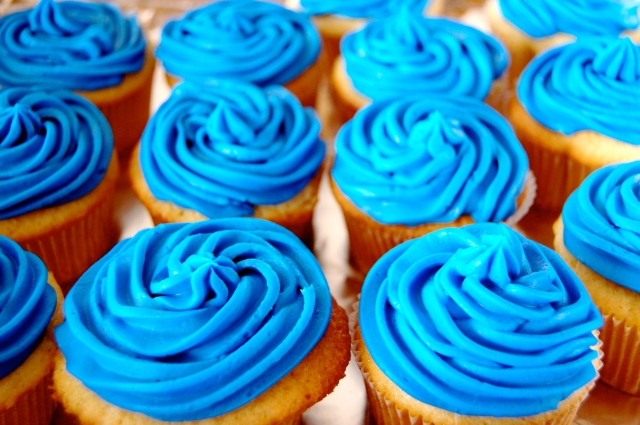 Julius Coltre, Jay, is one of those entertaining customers. The first day I met him, he told me that he would be my worst nightmare, a total pain of a customer. Turns out, he was the total opposite, unless you put too much ice in his grande Pike’s Place coffee with two ice cubes- I repeat, two ice cubes. He knew of my blog and came into Starbucks one day with an interesting proposition: 600 cupcakes.

Let’s rewind. Jay works for Prudential Fox & Roach Realtors in Moorestown, NJ and each year they participate in Candlelight Night hosted by the Moorestown Business Association. This year’s event was held on November 4th. At Candlelight Night, Main Street is blocked  off and the businesses located on the Main Street can hold little events or have little treats. With the streets illuminated by candlelight at this night time event,  it’s a warm way to welcome the holiday season and celebrate community harmony. Where do myself and The Baker in the Rye come in? Jay proposed that I bake 600 cupcakes for Prudential Fox & Roach Realtors for Candlelight Night.

It took both my parent's large cars to transport 600 cupcakes to the event! My tiny two-door Honda Civic, just wasn't cutting it.

I’ve never made 600 cupcakes before. I’ve made maybe fifty, tops. Just to paint you a picture of what I was working with, my kitchen- excuse me- my parents kitchen held the following: thirty pounds of sugar, ninety eggs, and one hundred sticks of butter, among many other ingredients. I enlisted the cupcake tins and cooling racks of my grandma and aunts, as well as my parents help. There’s a show called Hell’s Kitchen on on Fox, where the heat from master chef Gordon Ramsay’s kitchen is so hot that it figuratively causes its contestants heat stroke.  In my 36 hour baking binge, I made Hell’s Kitchen look like it belonged to Hello Kitty. But in the end, it was all worth it.

As I arranged my 600 cupcakes on the kitchen table for a final count, I was overwhelmed with great pride in my website and what I have achieved with it in just two months. The Baker in the Rye is not only a fun way to translate books into food, but also a way to bring people together and to get people talking and excited about what they are eating. My intentions were to make it an interactive website and it has become just that, as well as more than I ever could have imagined.

My chocolate cupcakes with thick chocolate frosting is the reason why I'll never be a size 2, but I can totally live with that fact 🙂

The Baker in the Rye is just a lil’ baby, but it is growing at a speed that blows my mind every day. I’ve gotten several orders for cupcakes, that I decided it was best to invest in bakery boxes and labels, not to mention business cards… and car magnets. The car magnets were $7.00 for 25 magnets! You can’t beat that deal with a stick! Hopefully, I will run out of those bakery boxes and labels just as quickly as I bought them.

Part of my current success is attributed to Jay and  Prudential Fox & Roach Realtors for having a tremendous amount of faith in a 22-year old blogger who happens to bake more than her waistline would like her to.

My parents took some great picture of the Candlelight Night event and I’d love nothing more than to share them with you! Including a photo of a complete random couple who my mom had pose for a picture. Prudential Fox & Roach Realtors had a fabulous carnival atmosphere that included an incredible cascading balloon waterfall in the entryway and vintage carnival popcorn machine. It was a fun night full of family, laughter, and cupcakes- what more could you ask for on a Friday night. 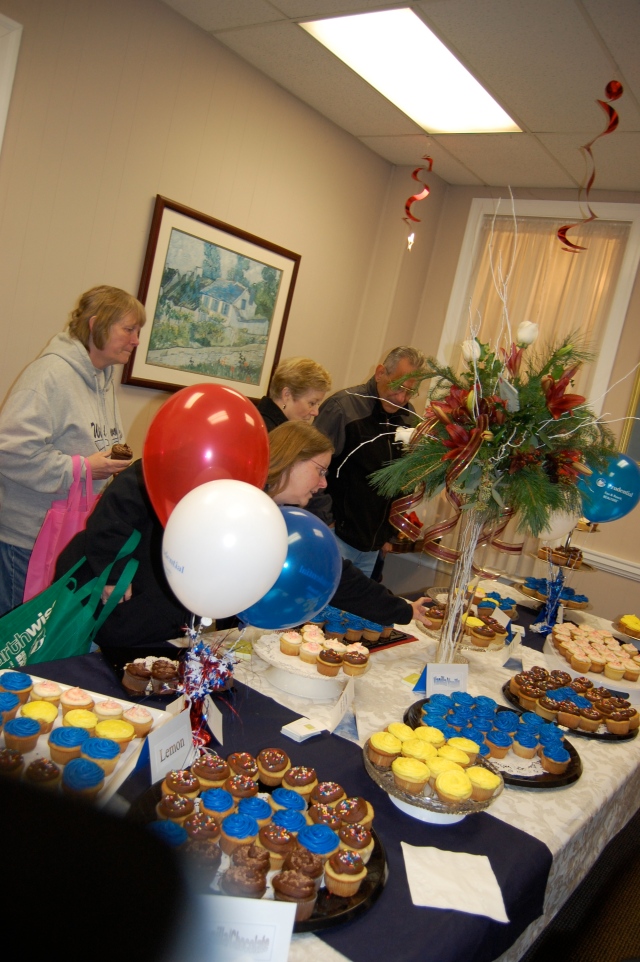 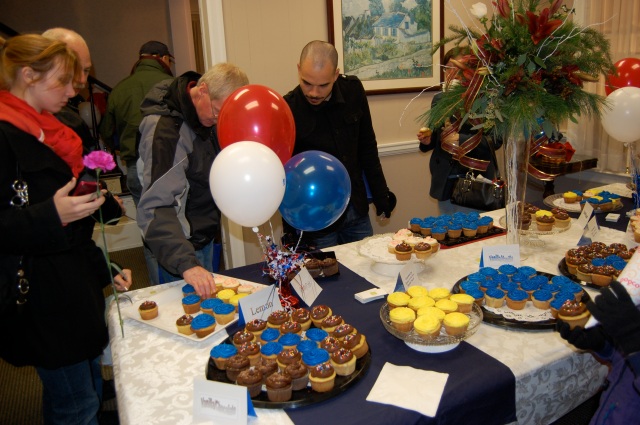 So since I’ve come out of this two-week hibernation, I’m back with holiday recipes to share and more inspiring books. What’s on the agenda? A lot of pumpkin, the greatest story of survival ever written, and a recipe inspired by my all-time favorite book The Sun Also Rises by Ernest Hemingway.

3 Responses to Hope You Didn’t Miss Me Too Much…